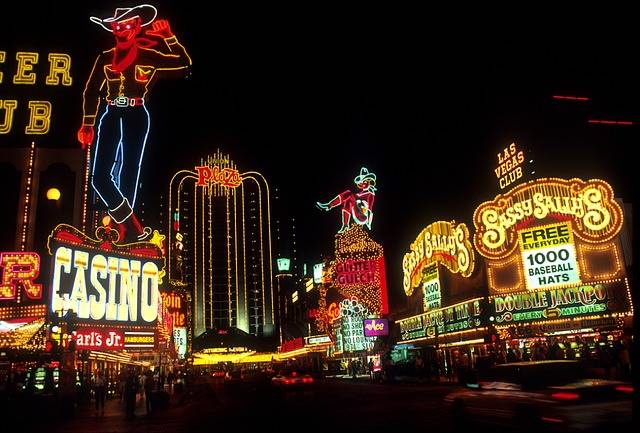 It’s the most schizophrenic city in the US, probably in the whole wide world, a place where desperados in trackie bottoms spend hours feeding slot machines that never pay out and where high rollers fly in on private jets to win millions in a single game of Poker.

Aside from gambling, Vegas has round-the-clock entertainment including performances from some of the biggest stars in showbusiness, upscale dining, high-end hotels, spas to die for – and it’s in the desert, surrounded by jaw-dropping scenery.

In short, it might be dubbed Sin City but it’s also the fun capital of the U. S of A and the best place ever for a girls’ trip.

Stay at…The Cosmopolitan. It’s right in the heart of the Strip (the section of Las Vegas Boulevard that has all of the action), its rooms have the most incredible views, and its two-bedroom ‘City Suite’ (which we booked) has easily enough room for six, if you don’t mind sharing doubles – plus it overlooks both the desert and the Strip.

Splash your cash on…a helicopter ride to the Grand Canyon. You can go by road but it’s a long, long drive and it’s not nearly as exciting. I’ve been twice with Maverick Helicopters, they felt super save and the trip was out of this world. You also see the awesome Hoover Dam on the way and stop at the rim for a walk and photo ops, and you swoop over the Strip on your return. 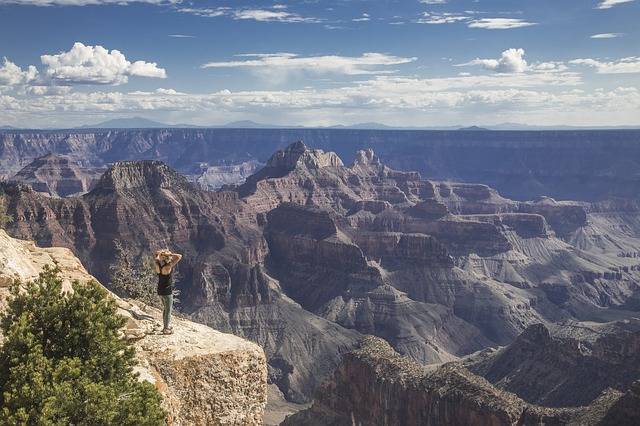 Gamble at…the Wynn. Some of the other Las Vegas casinos with row upon row of slot machines being fed 24/7 by despondent gamblers with coins from plastic cups, which can feel a bit sad, especially at 6am when you see the same people who were there the night before, but the Wynn has a more upmarket and upbeat feel. Plus, I liked the fact that the croupier helped me to win at BlackJack. Don’t be afraid to give it a go if you’re new to cards, look for the tables with the low bets, start small, set yourself a limit – then bust it! 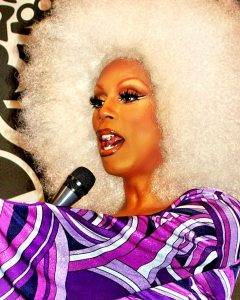 Get tickets to…Lady Gaga, Cher, Shania Twain, Mariah Carey, Aerosmith and Def Leppard are just some of the top artists playing in Vegas this year. Venues are smaller than the massive music stadia in the UK, which makes the shows that much better. We saw Britney in Vegas. It was fan.tastic. And breaking news, some of the most famous drag queens in the world are taking over the Las Vegas Strip when RuPaul’s Drag Race Live! hits the stage at Flamingo Las Vegas early next year. We’re assured, according to the press release, that the show will be ‘everything you love about the TV show and then some’. Seven queens will feature in each performance on Tuesdays, Thursdays, Fridays, Saturdays and Sundays at 9:30 p.m. starting in January 2020. Tickets start at $49, plus applicable tax and fees. 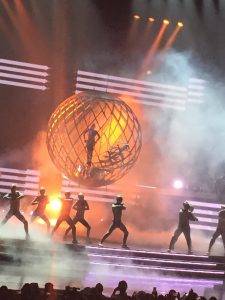 Don’t miss… It would be a shame to go all that way to Vegas and not venture beyond the glitz and glamour of the Strip, especially as you’re literally surrounded by the desert. Tear yourself away from the neon lights with a run, or a brisk walk, in the Mojave with an outfit like Las Vegas Running Tours, which is run by a great bunch of guys.

Visit…Downtown Vegas, which I loved, although my friends weren’t so keen on it. It is – or was in 2015 – still a little rough around the edges but it was evidently being spruced up. Here you’ll find the fascinating Mob Museum, the Neon Museum (aka the boneyard) which has salvaged scores of neon signs from the Las Vegas heyday, and some interesting, independent bars and cafes.

Party at…Hakkasan at MGM Grand, which is mahousive, then, when you’re tired of watching the youngsters grinding on the table tops, head over to something a bit classier at Jewel in the Aria Resort. Or you choose. There are so many clubs in Vegas, you’re bound to find something to scratch that itch.

Eat at… Nobu at Caesars Palace dharling, or, if you want to know which restaurants are hot right now, check out vegas.eater.com. For something different, try a Lip-Smacking Foodie Tour.

Relax in… a poolside cabana at one of the luxe hotels. They’re a bit pricey but worth it if you’re there when it’s sweltering. Book in advance. 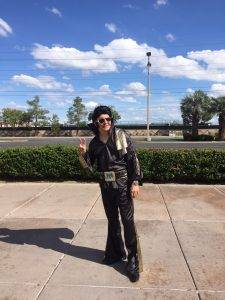 Take a selfie with…Elvis.Thought he was dead? Nah, he’s alive and living in Vegas, just hanging out and posing with tourists.

Wear… literally as little as you dare. It’s hot, hot, hot in the summer so casual shorts and a tee are fine for during the day, or a maxi dress with floaty sleeves is ideal if you want to cover up, but you’ll need something a little dressy for the evenings if you’re going to a show or eating in upscale restaurants. You’ll want to scrub up to visit the smarter casinos like the Wynn. In winter, it’s generally still warm, but when we were there in October we had a couple of coolish days and we were also caught in a downpour so it’s also a good idea to pack a light Mac,- my friend and I had to use doggie poo bags, which she found in the bottom of her bag (WTH?) to stop our hair getting soaked on a night out!

Bring… Pack a cardie or light jacket for those air-coned rooms. Also lots and lots of money; Vegas isn’t cheap.

Buy…some tat?  If kitsch souvenirs aren’t your thing, I don’t think you’ll get excited about shopping in Vegas, at least not until the dollar/pound exchange rate improves.


Have you been to Las Vegas – or where else would you recommend for a girls’ trip? I’d love to hear your recommendations.

Quiz: Test your knowledge of ... 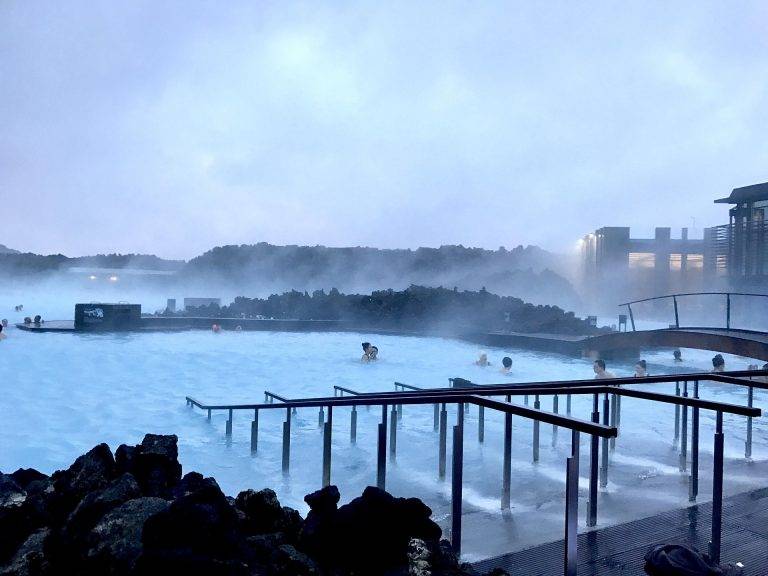 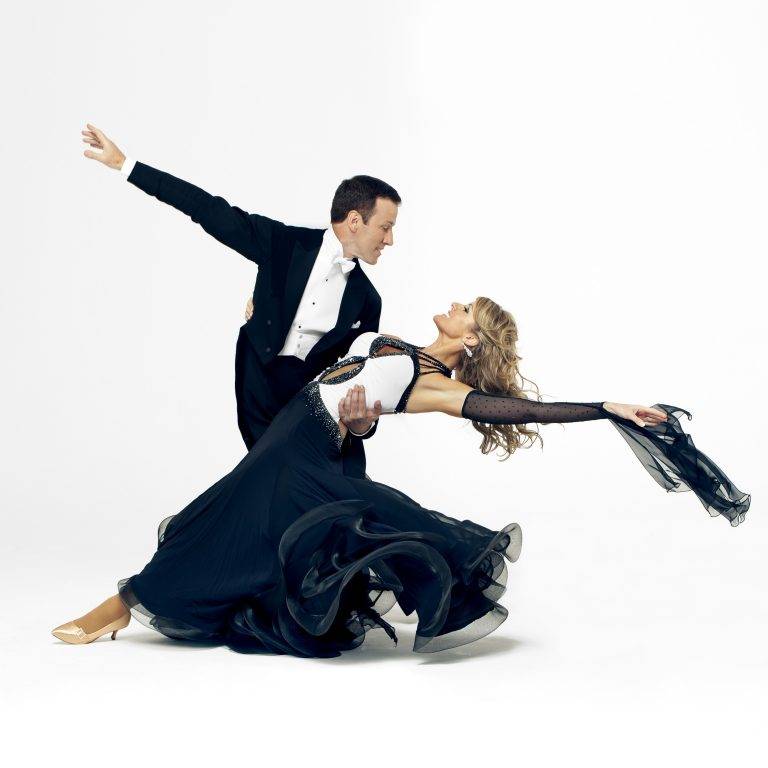 @richardbranson is in talks with the government to