Stansted is ‘worst UK airport for delays’ says Which? 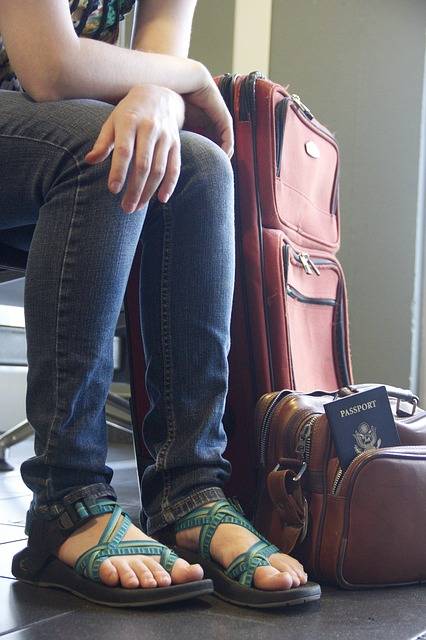 You might want to avoid flying from Stansted this summer if you want to don’t want a long delay because, according to a new Which? survey, it’s the airport where you’re most likely to get held up.

The survey, which analysed data from the Civil Aviation Authority, found that eight of the most often delayed flights last year were from Stansted.

However, Stansted Airport told Which? that its punctuality had improved significantly in the first quarter of this year because Ryanair, one of its biggest airlines, has put additional resources into the airport.

EasyJet’s flight from Stansted to Ibiza was also in the top 10 worst performers, with more than 18% of passengers suffering delays last year. Both easyJet and Thomas Cook blamed weather, air traffic control delays and strikes for their poor performance.

Thomas Cook also explained its poor punctuality by claiming it cancels flights less frequently than rivals, suggesting that while passengers suffered long delays, it did at least get them to their destination. “We always want to get our customers on holiday on time and have taken steps to improve punctuality this year, including operating more reserve aircraft to help get flights back on time quickly if delays happen,” it added. 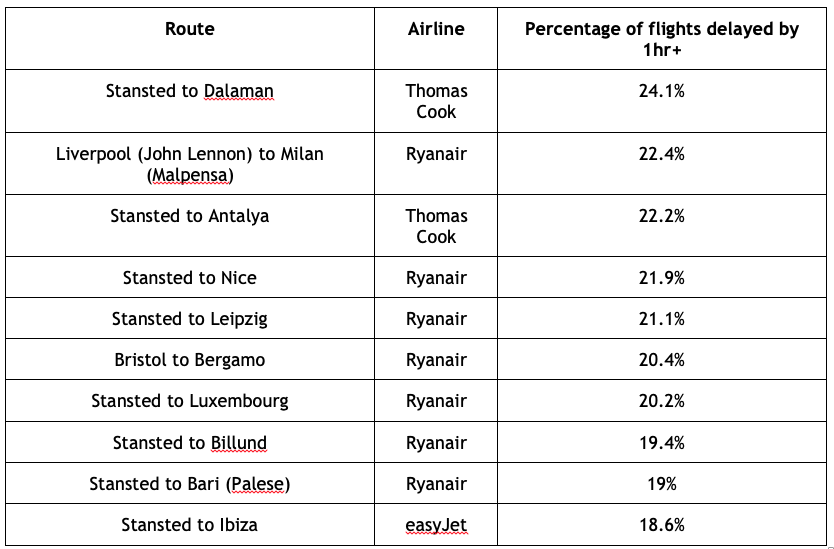 Which? Travel’s Naomi Leach said:“The last thing holidaymakers want when they’re looking forward to their trip is to be stuck at the departure gate or on the tarmac, waiting to leave. So it’s unacceptable to see some airlines show such blatant disregard to their passengers by performing so poorly on punctuality.

“Not only are these delays inconvenient, but they can also leave people hundreds of pounds out of pocket when they miss connections or transfers, are fined for picking up their hire car late or miss their train or cab home. The worst airlines and airports need to ensure they have the staff and capacity to run an on-time service – and that they look after their customers if delays do occur.”