Will we be able to go on holiday this year? Probably not 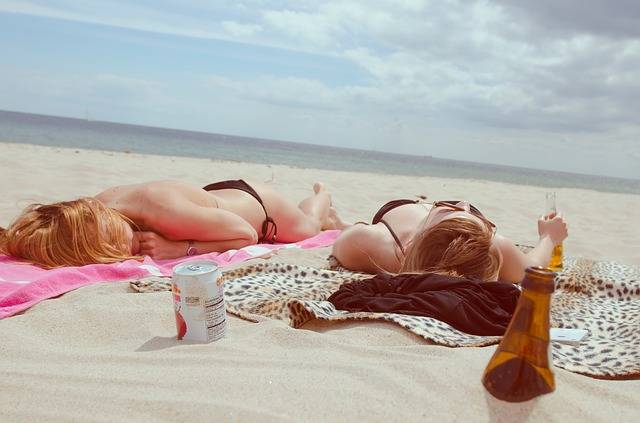 When the chief medical officer Chris Witty said yesterday that it was “wholly unrealistic” to expect our lives to return to normal in 2020, he pretty much buried any hopes we might be clinging to of getting away on holiday any time this year, let alone this summer.

His comments came just days after transport secretary Grant Shapps said he wouldn’t be booking a summer holiday anytime soon, giving us all a massive heads-up that it’s likely to be a while yet before we can dream of getting away.

Even if the UK lockdown is lifted soon, social distancing measures are almost certain to remain until a vaccine for Covid-19 is found, and with that not looking likely until 2021 (according to Mr Witty, not me), that means leisure travel on flights, ferries and trains will be almost impossible for the foreseeable future.

While easyJet is looking at how it can relaunch flights while maintaining social distancing, such as removing the middle seats from aircraft and disinfecting them between flights, Ryanair has dismissed these options as nonsense. The budget airline’s outspoken chief executive Michael O’Leary said it was “idiotic” to suggest airlines should block the middle seat and claimed it won’t help cut the spread of the virus.

And even if the UK Government does relax social distancing measures sufficiently to allow us to travel again, it’s not guaranteed any other countries will let us in anyway. France says it doesn’t expect to allow visitors again until August and President Macron is urging other countries in the Schengen zone, which includes Greece, Spain, Portugal and Italy, to keep the border closed at least until September.

The Balearic islands of Majorca, Ibiza, Menorca and Formentera aren’t expecting to relax travel restrictions until August and the tourism minister Iago Negueruela is reported saying that visitors from some countries, including the UK, which went into lockdown later than others, might be banned for even longer.

Cruise lines have already started to cancel sailings beyond the end of the summer. P&O Cruises this week cancelled all departures until August and Cunard has cancelled cruises on the QM2 and Queen Victoria up to and including July 31. It has also cancelled all Alaska cruises up to September 8.

Fred Olsen has suspended all 2020 cruises indefinitely, telling customers that it will give them at least 30 days’ notice if their voyage is going ahead.

So booking or re-booking a holiday for anytime this summer isn’t looking like a good idea right now, it might be safer to hang on till the autumn or consider booking early for summer 2021.

Should you cancel your summer 2020 holiday then?

No, you should not. If you cancel your holiday you’ll almost certainly lose your deposit. Wait until the travel company cancels, then you’ll be entitled to a full refund. You might not get this immediately in cash due to the amount of refunds they’re having to process, but still, you will eventually get a refund.

What about paying the balance?

This is a tough one because if your holiday hasn’t been cancelled yet your travel company will be expecting you to pay the balance, but obviously you don’t want to pay the full amount if it’s not looking likely the trip will go ahead. However, if you don’t, you’ll lose your deposit, so it’s a tough call. I’d say that it’s worth asking your travel agent or tour operator if you can delay paying the full amount until the situation is clearer, or even switch to a later holiday. If the answer is no, then you’ll have to decide whether to pay the full amount and claim it back if the holiday is cancelled, or forgo your deposit.